skip to main | skip to sidebar

My debut season finished on a high with my KIT win & 2nd Place in the Kent Open.
Top 8 finishes in all 3 Majors (Top 8 Brit at BO) cemented my place as Newcomer of the Year and as a threat for the 2010 Season.

The full list of results and final rankings appears below: 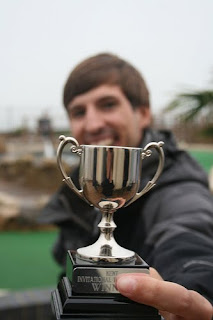 Looking to continue my progression on the same upward curve with targets set at a Top 4 finish in a Major, Win an Open, Retain the KIT and to finish next season in the Top 10 of the Official BMGA Ranking list.
Posted by Marc 'The Force' Chapman